Chloë Marvin, the University of Edinburgh’s Disabled Students’ Officer has vowed to make 2017 the year that disabled students are no longer scrutinised within the university community.

In her manifesto, she pledged to run a ‘Not Every Disability Is Visible’ campaign, creating signage for accessible areas to indicate that people’s disabilities may go unseen.

Marvin’s campaign sheds light over how disability has been addressed on campus with students failing to understand that not all disabilities can be identified by sight alone.

In the 2015/2016 academic year, 10.2 per cent of students at the University of Edinburgh identified as disabled, making up a total of 3,644 students on campus.

Fergus Head, a second year student studying Archeology, was diagnosed with ADHD at the age of 13. He has also been diagnosed with dyspraxia, a spatial-awareness disability.

His symptoms include difficulty concentrating, hyperactivity, and disorderliness, all of which were only properly acknowledged by his teachers when he moved school.

Head told The Student that having ADHD often affects his mental wellbeing. He commented: “I know what I’m capable of, but sometimes no matter how much I want to get the work done, I’m not able to.”

This ranges from struggling to complete work on time to requiring verbal pressure and close-cutting deadlines in order to be able to properly concentrate.

“I don’t enjoy pressure, I would always prefer to get work done earlier, but sometimes I just physically cannot get myself to.”

Believing that he has the ability to do much better impacts Head’s self-confidence and motivation.

Other issues Head encounters that often do not get recognised include difficulty sleeping and waking up — basic tasks that are made strenuous by his disability.

Head has taken medication in the past to help with his ADHD, but has since stopped due to intense negative side-effects including, “nausea, an inability to eat, dizziness, and migraines.”

Since ADHD has been a part of Head’s life for as long as he can remember, over time he has adopted strong personal coping mechanisms.

These strategies can be as simple as just “waiting it out”, until he is able to concentrate again, “anything to eventually get the work done.”

Head is now planning to go back on medication, despite possible side-effects, to see if it helps him cope with work better.

Although Head does not use the university’s Disability Services,  a range of assistance options are available for students.

Edinburgh’s Disability Office’s current campaigning for ‘self-diagnosing’ disability  scheme that would allow individuals to come forward with their symptoms in a safe space.

Staff would then assist the student in creating a plan to deal with their conditions.

Whether it be physical or mental, disabilities come in many different shapes and forms and must be acknowledged for the strain they put on individual’s lives.

As Marvin stated in her manifesto, “disabled students must be comfortable, and their non-disabled allies must be educated on the various forms of ailments that affect students.” 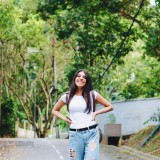