There was a lot of buzz when Black Bat productions announced the release of their new thriller premiering at the Fringe this year. A fast-paced dark comedy about a bank job gone wrong was bound to raise a few eyebrows. Fear of Roses tells the story of a ruthless bank manager named Tabby who is blackmailed into robbing her own bank by a mysterious character named Keely. When she incorporates her assistant Nicolette, everything seems to spectacularly fall apart.

The story had a lot of potential. A sharp neo-noir with all the elements of a mid-90s pulp classic about hierarchy and corporate exploitation. Indeed the script at several times reflected this. The power relationships between all three characters were both tense and unpredictable, they could change at any moment. However, this dynamic would have been a lot more gripping had the acting been better executed and less forced. You got the sense at times that they were overacting rather than truly immersing themselves within the reality of the plot.

Furthermore, whilst there were some interesting subplots within the script, specifically the clear resentment between Tabby and Nicolette, overall the plot was a bit too stretched to accept. When Nicolette seemingly assumed Tabby’s position as bank manager it was a turn of events that were both unexpected and unrealistic. Despite the fact Tabby had clearly gained her superior role through dubious means, the quick transition to Nicolette becoming manager in a short space of time was very difficult to believe. Moreover, you couldn’t help but feel that the plot twist at the end was abrupt and slightly rushed. 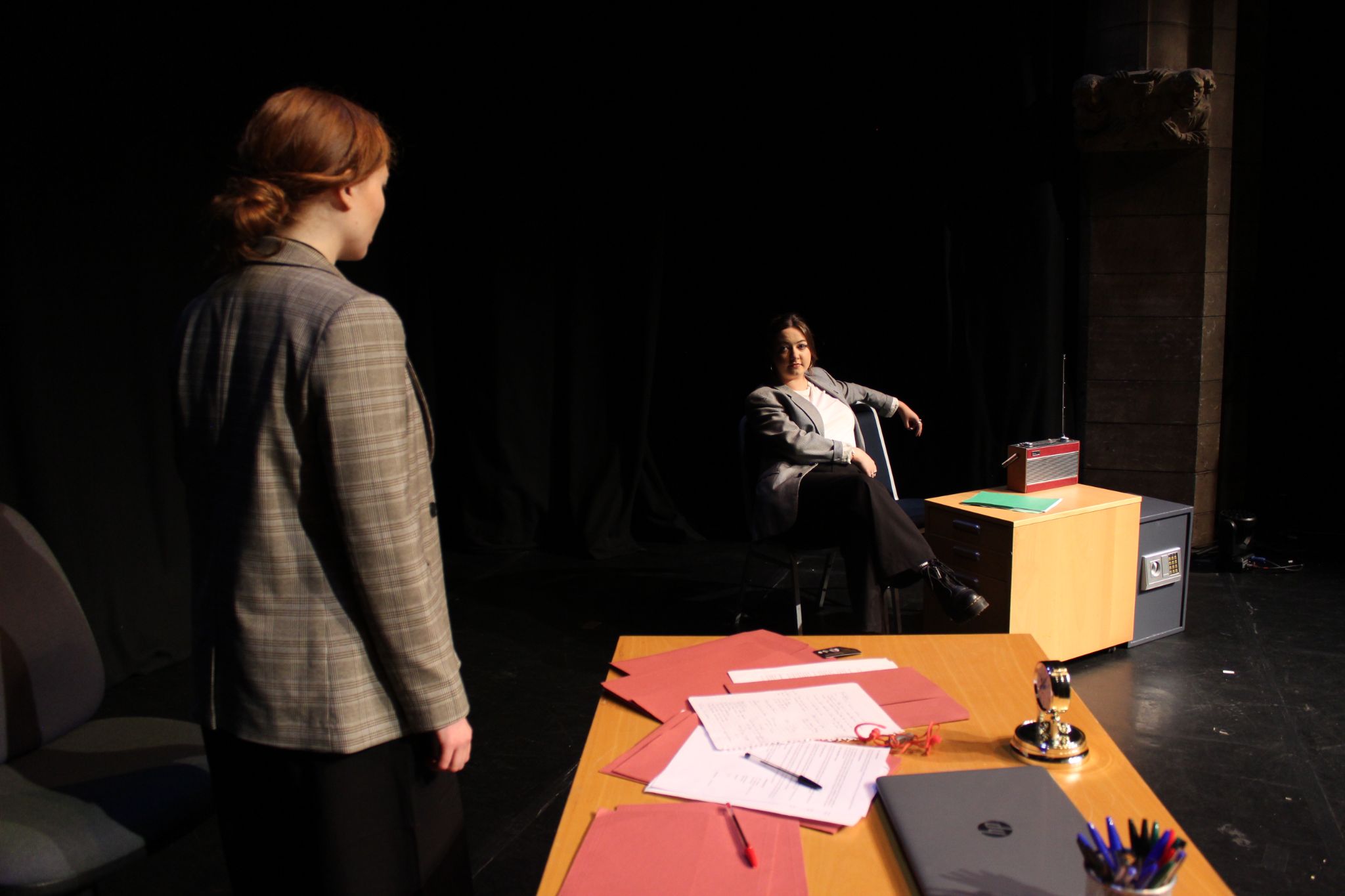 The poor execution of the story was compounded by the technical issue of the actors having no microphones. Even in the front, at times it was difficult to hear what was being said. One can only imagine what it would’ve been like for those nearer the back. The use of microphones could have certainly helped in the hold-up scene where dialogue was difficult to hear, subsequently making it much less suspenseful.

Overall, despite having its moments (suspense and laughter, sometimes in equal measure), in general, the show was a disappointment. For a story and a script that made me excited, it simply did not live up to the expectations, mostly due to its poor execution.