Walking into Bedlam’s neo-gothic venue, we were directed to wait in the café, which was rapidly filling up with excited audience members. There was a strange anticipation in the air; the audience was eager for the show to begin but were aware that, if these actors performed well, the ending would devastate us. In hoping the play was good, we were hoping it would break our hearts.

This well-known story follows two Jewish families, the Franks and the Van Daans, and a German dentist as they go into hiding in a small annexe in Amsterdam, fleeing the Nazi regime. Published by her father after he returned from Auschwitz, Anne Frank’s famed diary documented her experience living in the annexe over a two-year period. Her beautiful and honest writing revealed the everyday conflicts amongst those in hiding, her own internal struggles and the ever-present fear of being discovered by the Nazi officials. After watching Bedlam’s production, I can honestly say they have perfectly captured the tragedy of this classic tale.

Throughout the play, audience members are kept consistently engaged; every interaction and small gesticulation reveals a little more about each character. The set itself is comprised of a variety of spaces at different levels. Our attention is drawn from the main living room, to Anne’s bedroom and up to the Van Daan’s attic; this set accurately captures the cramped conditions of the annexe.

The actors themselves perform with a natural ability that I would not have expected from a student cast. The portrayal of Anne by Lucy Davidson, in particular, is wonderful: a vibrant whirlwind of energy in this tragic story. The awkward and intimate relationships between family members and friends, revealed in Anne’s diary, are echoed brilliantly in this performance as scenes swiftly switch from hilarious teasing to fear fuelled anger; an effective representation of their desperate situation. By the end of the play, this story had become so real to the audience that tears were shed upon the characters’ forced departure from the annexe.

The imaginative lighting design also deserves particular praise. In a remarkably effective scene portraying the passage of time, lights were gradually turned on and off as characters went about their daily lives in the annex. In other scenes, only Anne’s bedside light is lit, highlighting rare private moments when her diary entry readings expose her own fears and reflections. Without revealing too much, the final scene concludes with a lighting effect that will send chills down your spine.

Otto Frank’s final speech is haunting as he describes the events following the time in the attic. Staring out into the audience, this character’s devastation and loneliness is all too clear and, as he delivered his final words, heartbroken audience members quietly wiped away tears.

This was a fantastically raw performance by a very talented cast and crew – The Diary of Anne Frank was an incredible production. 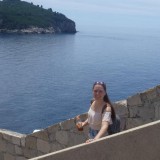 One reply on “EUTC presents: The Diary of Anne Frank”