Rhythm Machine is a semi-regular club night co-ordinated by the people of Bongo Club’s Soulsville and Summerhall’s Nothing Ever Happens Here, which has earned significant acclaim within Edinburgh’s art-school circles. The night is inspired by “the ‘Art Party’ format of Andy Warhol’s Factory openings as well as the raw creative energy of CBGBs”.

The venue – Studio 24 on Calton Road – is a pretty dank place in any sense of the word but, rather than being off-putting, the clammy exposed-stone walls and corrugated iron add to the idea that you’re about to enter a secret underground party. As I went in, this party was well under way, with an already sizeable crowd of well-dressed boozers bopping to a disco beat as if they had stepped from the video for Pulp’s ‘Common People’. Above the dancers, a screen connected to a live stream of Rhythm Machine’s Glasgow-based sister party flicked between shots of the other DJs, random album artwork and – when things went haywire – Google error messages. Determined to find some of Rhythm Machine’s infamous performance art and by this time, brandishing a drink, I wandered around the venue.

The small room that contained the cloakroom was also the space for performance art and, when I went in, was chock-full of people. There were two dancers moving slowly and gracefully, reacting to one another’s movements to the sound of Gaelic folk-singing. Seaweed was being used as a prop, which complemented the netting adorning the ceiling and the platter of discarded mussel shells left to the side of the room (I imagine they had been offered around earlier on in the night). This performance was created by Vine Box poetry collective and two recent graduates from the Edinburgh College of Art (ECA), Connie Hurley and Danny Leyland who operate under the name ‘cavecollective’. They are also Rhythm Machine’s artists-in-residence for 2017.

Later on in the night there was also a performance from the ECA Choir composed of a dozen women with lovely voices. Although it might seem out of place at a party, everyone watching the choir’s performance was enthralled and it made a nice break from the sweaty dance-floor.

These kind of events hosted by art graduates often have a reputation for being ‘niche’ and give off the impression that you won’t have a good time unless you ‘get it’. With Rhythm Machine, this wasn’t the case and everyone seemed to be having a great time – although this could also be due in part to the cans of Red Stripe flying from the bar. Rhythm Machine DJ-in-residence DJ Yves accompanied by Mr TC provided the night’s tunes, bouncing between funk and disco to world music and something that sounded like an 80s Japanese game show theme tune.

I had heard a lot good things about Rhythm Machine in the past and was afraid that it wouldn’t live up to those stories but, as it turned out, I was wrong to fear that it would be anything other than an excellent time. Follow their Facebook page for information about the next event, as it comes highly recommended: (facebook.com/rhythmmach). 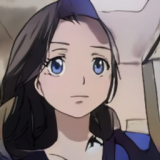