Illegal Jack’s – a South West Grill on Lothian Road – has closed today, allegedly after a leak in a property upstairs caused the ceiling of the restaurant to collapse.

The news was announced via a notice in Illegal Jack’s window, which was marked as an “obituary”. The sign states that the ’cause of death’ was due to a HMO owner, “who did not fix a leak in her property upstairs causing the ceiling to collapse. This resulted in eventual liquidation of the restaurant business today and 14 job losses.”

The notice also labels Lets 4 U, the agents of the property above Illegal Jack’s, as “useless”, and claims that they “stalled for time until the eventual collapse of the building.”

It adds that the council “monitored the situation”, but that “ultimately this amounted very little [sic] and we are now unemployed.”

Illegal Jack’s took to Twitter to vent their anger at the situation and Lets 4 U. In a twitter conversation with one of their followers, they tweeted: “Aye, it was her [the owner of the upstairs property] refusal to act which caused the problem. Hope she rots.”

They also tweeted: “No “crime” has been committed apparently, it’s a civil matter. Council did not enough despite repeated warnings also.”

Illegal Jack’s was approaching its 5th anniversary, having been opened in November 2009.

Illegal Jack’s and Lets 4 U have been contacted by The Student for comment. 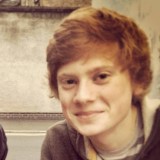