In the light of LGBT+ History Month and as the Students’ Association 2019 Student Elections approach, The Student spoke with Natasha Ion, current LGBT+ Officer, about her campaign and outlook on the campaign.

What are your pronouns, and do you think it’s important to ask and why?

My pronouns are she/her. It is definitely important to ask, as you should never assume someone’s gender or pronouns. Asking is a way to make people feel comfortable, and also to avoid making a mistake.

Should we feel bad for accidentally using the wrong pronouns? How should we correct ourselves?

As a cisgender person, it’s not really my place to say how bad we should feel – only trans and non-binary people can understand the impact that misgendering has and how it feels. However, everyone makes mistakes and the most important thing is to correct yourself and to make an active effort to refer to people with the correct pronouns.

What event are you most excited for in February – LGBT+ History Month?

The Queer Arts Collective exhibition launch this week went really well, which was super exciting. In terms of what is to come, I’m really delighted that we’re able to host Bisi Alimi on the 13 February. But really, it’s hard to choose – there’s so much going on.

Do you think you’re on track to achieve your goals? How are your projects going?

My projects are going really well. The Queer Arts Collective has been a great success, bringing together ECA with the Liberation Campaign and LGBT+ creatives across campus. The exhibition has turned out really well, with people submitting from across disciplines and mediums – we’re really excited to see where we’ll go next with it. We’re also branching out to groups across university too, as ECA reps are working really hard to forge stronger links with the rest of the campus.

I’ve been supporting LGBT+ Medics too – they’ve had great success in finally becoming a society, which was fantastic news. A large priority at the moment is LGBT+ History Month, and afterwards, I’ll be able to devote more time to moving forward with my other priorities and campaigns, like improving training.

Every year around this time, a debate heats up about whether asexuals, demisexuals or intersex people are under the same LGBTQI+ umbrella. What is your take on inclusionism and exclusionism?

The LGBT+ campaign is all about being as inclusive as possible. There is still a widespread lack of understanding about identities like asexual and intersex, so it’s important that people with those identities are supported. Ultimately, it’s up to people in those communities to decide whether or not they identify into the LGBTQI+ umbrella.

The word ‘queer’ used to be a derogatory word that has since been taken back by some LGBT+ people. What is your take on the term?

Again, it depends on the individual – some people feel really uncomfortable using it. Persoanally, it’s the main word I use to describe myself. Like many people, I like it because it can encompass many things and can equally describe sexuality or gender. I also like using it as a reclamation, but not everyone does.

What would you say to those potentially running for LGBT+ Officer?

It’s such a rewarding role! It’s definitely something to think through fully – it can be very demanding, but I’ve found it a really worthwhile thing to do. If you’re thinking of running, definitely chat with different societies and individuals about what they might like to see happen next year.

Where are the LGBT+ (or more identity specific) communities and how do I join them?

There’s PrideSoc, the Students’ Association’s LGBT+ society, who do a mixture of socials and campaigns, and are a very welcoming community. There are also smaller groups in some disciplines – I already mentioned LGBT+ Medics.

As well as this, there are loads of LGBT+ events happening all the time. Have a look on Students’ Association website or the Liberation page on Facebook, as both are constantly updated with what’s going on. 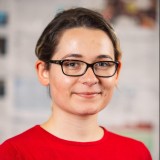