A little under a year ago, I reviewed the Moto 360–Motorola’s first foray into the smartwatch market and the flagship Android Wear device of 2014. Ten months and three repairs later, I decided it was time for a break from Google’s vision for the future of wearables and instead take my own advice. I chose the company who single-handedly started the smartwatch revolution, one which broke Kickstarter records and enticed consumers with their durable design language, fantastic battery life, and comprehensive app catalogue.

I chose the Pebble Time.

It is hard not to root for Pebble. When they launched their original Kickstarter back in 2012, they were the plucky underdogs who beat Apple and Google to the wearable start line, breaking crowdsourcing records and raising over $10 million in 30 days. Fast forward three years and Pebble returned to the world of Kickstarter with a new and improved line-up: the Time and Time Steel. Built on the foundations of what made the original Pebble great, the Time is Pebble’s way of forging a path for itself in this new ‘post-Apple Watch’ world.

So why buy one? Well, if you want a smartwatch that just works, regardless of whether you use iOS or Android (sorry Windows Phone users), and don’t want to be bogged down by confusing overlays and excessive ‘features’, then the Pebble is for you. It is stylish, durable and customisable as all hell.

Coming from the Moto 360, I’m struck by how much I like the styling of the Time. Regardless of if you choose the Steel variant over the stock model, you’ll be met with a surprisingly ‘watch like’ design – which is unusual for a smartwatch. The device is almost square, with a subtle curve to the back and around the sides you’ll find the same button configuration that Pebble debuted with their initial offering back in 2012. One back button on the left hand side and up, down and select buttons on the right. The controls are pretty easy to grasp and can be mapped to select almost any app. Personally I prefer them to the touchscreen of the Moto but I must admit that I am a sucker for tactile feedback.

This however is one of the places where the Time and the Steel begin diverge. While the build quality of the regular Time isn’t bad, the plastic sides and back have a rather – inexpensive – feel to them.  The buttons don’t quite have the satisfying click that they do on the Steel and our review unit was prone to creaking. Nonetheless, the Time is arguably the more durable watch of the duo, with the Steel picking up scuffs and scratches even with the most careful of use.

My Time Steel feels solid in the hand and on the wrist in never felt intrusive, sitting somewhere between my old Casio and the original LG G Watch. Mostly I found that the timepiece slipped into the background, with only the subtle buzz of a notification alerting me to the fact I was still wearing it. Rather strangely one of the best things about the stock Time is the watchband. With  the soft touch rubber being a dream to wear and although the swede and leather band which accompanies the Steel doesn’t feel terrible on the wrist, after wearing it for a week it looks as though I’ve thrown it in a puddle. Luckily the Time is compatible with any standard 22mm watch bands, so swapping them out is a breeze.

Moving back to the front of the device both new watches feature an updated e-paper display, which is capable of a mesmerising 64 colours. While that may sound ludicrous in this 4K obsessed world, Pebble does a lot with its limited palette. If you’re concerned about seeing pixels, then this probably isn’t the smartwatch for you. In all honesty though, I didn’t really notice it. Text is perfectly legible even in direct sunlight and although colours may appear a little washed out on the regular Time – due to the gap between the panel and the plastic display – that is a small price to pay when it comes to the benefits of this display technology.

It really is all about battery life. Most Android Wear watches will last just over a day on a charge and even the OLED screen on the Apple Watch will only keep you going for a maximum of two days. My Time Steel has just reached 20% after a week of heavy usage, and while your experience may vary, the Time’s battery life is one of its best selling points.

But arguably its biggest update over the original Pebble is ‘Timeline’, which is Pebble’s attempt at making everything you need accessible on your wrist. It includes calendar appointments, missed notifications, and sport scores (if you’re into that sort of thing),  laid out for you at the push of a button. While it has not been fully integrated by Pebble’s vast app catalogue, it is a surprisingly useful feature and will only get better with time. Admittedly, not all apps make use of Pebble’s in-built features (like the microphone) and if you’re an iOS user you will find your experience heavily limited by Apple’s rather restrictive app permissions, loosing access to voice dictation as well as notification permissions.

So when it comes down to it, would I recommend the Pebble Time?  Despite the fact this article may come across as an advert for Pebble, it is a pretty hard sell. While the Time Steel is far and away the best all round smartwatch package that I have used thus far, it comes at a heavy price. At £179 for the Time and £249 for the Time Steel, it goes toe to toe with some of the higher end Android Wear watches. Furthermore, if you opt for the metal band, then you are in Apple Watch territory. That is a lot to pay for a watch from a company that is virtually unknown by the general public; and even though their brand recognition should not really matter, it will be a deciding factor for many consumers. While some issues have been raised by early adopters regarding manufacturing defects and quality control problems, both devices that I have used have been top notch. Thus, for such a comparatively small company, Pebble has been pretty much on point when it comes to customer service.

In my eyes, what sets the Time above the rest of the smartwatch field is the fact it is designed to be a great watch first and a smartwatch second. As a result, it hits all the right notes. I’m not saying the Time is for everyone – and from the look of the sales figures and reviews it really is not – but in every way the Time and Time Steel is a refinement of Pebble’s original vision of what a wearable should be. It is just a shame that, in this post-Moto and post Apple Watch market, it may have come too late. 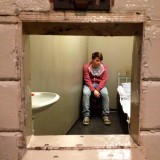