Type in the word feminist on Google and a whole host of celebrities appear, from Lily Cole to Shailene Woodley and even Benedict Cumberbatch. These days, the two words feminist and celebrity would appear to be synonymous with each other. Time and time again, we hear of famous women speaking out about their feminism and what the movement means to them. We’re enthralled by stories of their independence, their bravery and their courage in the face of a male-dominated world.

Recently, a documentary aired on the BBC, detailing The Secret Life of Emily Brontë. Instead of being an elegy to the tragic life of one of Britain’s most extraordinary authors, the programme delivered an ego-boost for its already widely successful host, Lily Cole. Cole, a philanthropist, model, and actress, repeatedly took possession of Emily Brontë, comparing their lives, discussing her personal experiences of Brontë’s writing and introducing a documentary which Cole herself had created based upon Wuthering Heights. As a viewer, I felt detached from my own experiences of Emily Brontë’s writing. It appeared that everything I had felt whilst reading Brontë’s exhilarating novel and haunting poetry, was invalid.

But let us not forget that Emily Brontë wrote Wuthering Heights neither for Cole, nor me. Brontë wrote her novel for an unquantifiable audience, for anyone and everyone who could relate to the words on the page. Lily Cole already has a platform, she already has a voice yet hers was seemingly the only one that mattered.

The two terms; ‘feminist’ and ‘celebrity,’ should not be dependent upon one another. In particular, one’s identity as a feminist, should not rely upon a level of notoriety.

But, why does it seem as though this is the case? In an era of monumental movements such as #MeToo or Time’s Up, a lot has been done to advance the case for equality. Harvey Weinstein faces jail, misogynistic directors are finally being called out and the academy is continually shunned for its upholding of patriarchal nominations, and the fight for better representation is well on its way. With such an emphasis placed on the instatement of women’s voices at the very heart of the film industry, one could be fooled into thinking that the battle is almost won.

And yet, it is far from being so.

Only a minuscule percentage of the population of this planet can claim to be well known outside the boundaries of their own personal sphere of influence. According to The Atlantic this percentage is “something like 0.0086 per cent.” Yes, the #MeToo movement is an important step for the women’s movement in its entirety, but we must not mistake movements such as these as representative of the wider cause. Of course, the assertions of people as well known as Lena Dunham or Ariana Grande will attract attention. These women have a platform and are within their rights to use them. I do not begrudge anyone for using the loudspeaker which being in the public eye affords, but it is how such platforms are used that makes all the difference.

Shared experiences are important. Celebrities are using their platforms for good when speaking out about the injustices they may face. But it is when the experiences of those who already possess a space to speak becomes the be-all and end-all of contemporary feminism, or when their faces become those synonymous with the plight of women everywhere, that it becomes obvious it is time to change.

Celebrities already have a platform. They are already known by millions of people, are already afforded some level of recognition and privilege. The #MeToo movement has seemingly become a byword for the popular conception of feminism as a whole. We hear of the stories of women with privilege, to whom the public pays copious amounts of attention regardless. Where are the stories of the voiceless?

The experiences of the majority of those involved with the Hollywood-centric #MeToo movement calls to mind a privileged, cisgendered, white experience, one which a predominant part of the population will not be able to relate to. Where are the stories of women without privilege, without acclaim or celebrity? We should be raising up these stories, not those that we have already heard.

#MeToo was not begun with the intention that it would be appropriated by those already sheltered by the privilege of publicity. It was started by Tarana Burke, a woman of colour and civil rights activist, yet whenever we hear the words #MeToo, it is not her face that springs to mind, it is not her voice that rings in our ears. Why is it that whenever we hear a phrase that is meant to empower and unite, the face of an alleged rapist and serial agent of the patriarchy is the only one we cannot forget?

A prime example of a celebrity using her power for good is Emma Watson, herself, like Lily Cole, an actress, model, and philanthropist. She hasn’t always been perfect, but she’s learning – in 2016, Watson began Our Shared Shelf, a GoodReads reading list which elevates feminist writing that divulges a range of different experiences. The club’s most recent choice, The Things I Would Tell You is a compilation of essays, edited by Sabrina Mahfouz, which details the experiences of British Muslim Women. Our Shared Shelf is supported by its creator’s fame, but it does not revolve around it. Watson’s book club is followed by 410,000 people on Instagram alone, aiding in the distribution of the stories of those whose experiences need to be heard.

Watson’s reputation will always precede her. We cannot deny that those with famous faces will garner more recognition than those without. But Watson uses her name and her recognition to lift up the stories of others who do not have the luxury of such a platform. We must recognise that feminism is for the ordinary, the powerless, and the introverted as much as it is for the extraordinary, the powerful or the extraverted. Those with platforms must share them with those to whom they have not been afforded. For if we do not lift each other up, how will we ever rise above? 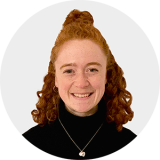 One reply on “On celebrity feminism”