YouTube-DL is a piece of free, open-source software which you can use to download videos from the site. This was unpopular with the Record Industry Association of America (RIAA), which filed a successful takedown notice with GitHub, where the code is stored.

They represent the people who create, record, mix and distribute 85 per cent of all the music consumed in the United States (US), according to their own takedown notice. They don’t want people to have free copies of music, which YouTube-DL facilitates.

Is this a legitimate takedown notice, or an abuse of the copyright process? It’s hard to tell. Under various pieces of copyright legislation around the world, pieces of software that circumvent copyright protection mechanisms are illegal. However, there are perfectly legal use cases for bypassing DRM. There is a concept of fair use, which is what allows people to use bits of media when commenting on it – an absolutely essential practice that emboldens free speech and accountability.

The RIAA have instead decided that US copyright law should be enforced on a project with contributions from all around the world, that perfectly lawful practice should be made impossible because it could theoretically be used to violate copyright, and that the best way to resolve these issues is through a legal means (open source projects do not have a pile of cash available to fight a length copyright battle).

To their credit, GitHub have been trying to work with the project so that it can be reinstated, but it shouldn’t rely on the benevolence of a Microsoft subsidiary – these are protections which have been enshrined in law, although it’s becoming clear that the law needs an overhaul.

This isn’t the only DMCA takedown notice abuse that has occurred recently. Proctorio, a digital exam invigilation software, tried to silence a Twitter user for revealing the scope of the surveillance that it undertakes through analysis of their browser extension. Companies should not be able to shut down criticism, or other legal activity, because it does not align with their economic interests.

People should be able to report that you track their eye movements in peace. While Twitter initially complied with the notice, it returned the tweets after the user counter-filed with the assistance of the Electronic Frontier Foundation.

As the rest of the world has caught up with tinkering developers, the sharing of ideas has become more centralised – working without GitHub would be like trying to produce television without computers.

There are benefits to this crystallisation of the landscape: it’s possible to make a living from developing open source software, whereas in the early days of the internet that would have been a laughable proposition. The RIAA takedown shows us that opensource software is important enough to the world that it poses a risk to huge organisations.

The community has matured to a point where it’s a threat to the status quo, at a position where it can disrupt even the largest trade organisations. But these individual developers, usually paid nothing to work on side projects like YouTube-DL, need protections just as much as the RIAA do – perhaps, even more. 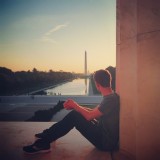 Nick (he/they) is a former Editor-In-Chief at The Student. The paper is uniquely situated to act as a common voice for an otherwise atomistic student community and provide a central place to celebrate and support the identities of the student population. Outside of the purely editorial perspective, Nick has been deeply involved with the construction of the paper itself and established a new design language in 2021 that is being rolled out across our digital and print platforms. Sitting on the committee as Head of Digital for the third year in a row, Nick has also designed and developed four iterations of the website and introduced a range of internal services.