Second round of UCU strikes scheduled for February and March

On Monday 3 February, the University and Colleges’ Union (UCU) announced a second round of strikes beginning on 20 February, following strikes last year in November and December.

There will be 14 strike days in total across a four-week period, with escalating action culminating in a week-long walkout starting on Monday 13 March.

The strikes relate to two disputes: one about pay and working conditions for lecturers and other university staff, and one over pensions.

74 universities in total across the UK will be affected, an increase of 14 from last year.

This includes the University of Edinburgh, which is striking over both disputes and has not yet responded to the strikes.

Other Edinburgh-based universities, Heriot-Watt University and Strathclyde University, will also be striking over both disputes.

22 of the 74 universities will be striking over the pay and conditions dispute only, such as Queen Margaret University.

The mandate for the strikes was approved through a ballot vote in 2019 in order to allow the strikes at the end of 2019 to occur.

As the mandate is valid for 6 months, it also applies to the second round of strikes.

In the first week, there will be two strike days, 20 and 21 February. Week two increases the number to three days – the 24th to the 26 February inclusive.

2 to 5 March inclusive are the strike days in week three, and week four will consist of a full week of walk outs.

“We have been clear from the outset that we would take serious and sustained industrial action if that was what was needed.

“As well as the strikes next month, we are going to ballot members to ensure that we have a fresh mandate for further action to cover the rest of the academic year if these disputes are not resolved.

“We have seen more members back strikes since the winter walkouts and this next wave of action will affect even more universities and students.

“If universities want to avoid further disruption they need to deal with rising pension costs, and address the problems over pay and conditions.”

“We regret that UCU are planning further strike action at a time when positive talks on the future…are making significant progress and are ongoing.

“Universities will put in place a series of measures to minimise the impact of industrial action on students, other staff and the wider community.”

The Student will continue to follow this story with interest.

Christine Jardine: Interview with the MP for... 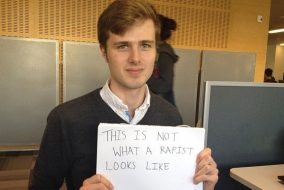 Vigils held across Europe in commemoration of Paris victims