A recent survey from Populus, a London-based market research agency, has found that out of all countries within the United Kingdom, Scottish residents were the most concerned about the negative impact that Brexit could have on their country’s economy.

These results were published alongside statistics which reflected Scotland’s economic growth in comparison with that of Northern Ireland, England, and Wales since Britain voted to leave the European Union, and found it to be the fastest growing economy measured during this period.

Altogether, 2,000 UK residents aged 18 and older were surveyed between 24 and 26 February 2017, roughly six months after the Brexit vote.

The respondents were asked a variety of questions about the possible impact that Brexit could have on their lives.

The topics of the questions ranged from how the vote has affected any financial decisions, to whether or not they believe that the UK should allow the freedom of movement of European citizens in order to maintain access to the European Single Market.

The survey found clear regional and age divisions in the survey’s participants.

Those living in Scotland were more likely to believe that their household would be worse off after exiting the European Union.

51 per cent of Scottish respondents believed that their household would be worse off, a much larger percentage than any other region’s participants.

Overall, the majority of regions showed significant concern about changes in their households’ financial wellbeing after Brexit.

However research completed by Barclays, published alongside Populus’ survey results, found that since 2015 household wealth in Scotland grew at a slightly faster rate (13 per cent) than other regions within the UK. 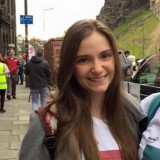 Although I voted for REMAIN and would not wish to downplay the negative effect economic effect of Brexit, the bigger economic and political problem for Scotland is the Scottish government’s Fiscal Framework Agreement (with the UK) of February 2016 because it crushes to almost nothing the borrowing powers of the Scottish government.

With a new and better fiscal framework, the Scottish government could borrow £ billions a year more (up to a minimum limit of, I recommend, 8% of GDP, borrowed from the central bank, interest free, with no repayments, the sums added to the Scottish national debt) to invest for growth and prosperity, ending austerity forever.