With only ten days until Jim Lambie’s solo exhibition at Edinburgh’s Fruitmarket Gallery draws to a close, Fiona Bradley, director of the gallery, chaired a panel discussion entitled ‘Words, Objects, Actions, Art’. Gathered to discuss Jim Lambie’s practice were writer Maria Fusco , artist Michael Landy and art historian Luke Skrebowski. ‘The Poetry Club’, founded by Lambie in 2012 and often described as his ‘most generous sculpture’, would form the focus of the discussion alongside larger ideas about the ‘event’ as a work of art.

Lambie, born in Glasgow, is a key player in the Scottish contemporary art scene. ‘The Poetry Club’ was conceived and realised by Lambie in a fit of true artistic passion. Lambie’s project was born when he was confronted with a need to secure a venue to host a reading by American musician and writer, Richard Hell. Despite admitting in a 2009 interview that his bad musicianship had forced him to swap music for art, music still plays a large role in the artist’s life and practice. He regularly DJs, titles his shows directly referencing his musical influences, and his sculptures often start life as discarded records, turntables or band memorabilia.

Art Historian Luke Skrebowski kicked off the evening’s proceedings with his talk and accompanying slide show ‘A Doubled Club’ which offered insights into the beginnings of multidisciplinary spaces, events as ‘art’ and of what has since become known in the art-world as ‘happenings’. The 1952 performance of John Cage’s ‘Theatre Piece No. 1’ followed by Allan Kaprow’s ‘18 Happenings in 6 Parts’ in 1959, are cited as the first of these ‘happenings’, a type of unique, experience-based participatory art, where the interaction between performer and audience is key. Skrebowski highlighted Warhol’s ‘Factory’ and Carsten Höller’s ‘Double Club’ as prime examples of such multidisciplinary spaces with artists at the helm. These are almost certainly direct predecessors to Lambie’s ‘The Poetry Club’.

Writer Maria Fusco continued the discussion by reading a piece she’d written in response to the evening’s event and the Fruitmarket Gallery itself. Closer in style to a lecture than a discussion, Fusco’s reading offered welcome respite from Skrebowski’s academic delivery, it was a moment for the audience to consider previous case studies in relation to The Poetry Club whilst seated within Lambie’s exhibition. Fusco’s recital also provided a transformative moment in the evening, using her practice of art-writing to not only reflect on the questions posed by the panel, but as a moment in which to perform for the audience.

YBA Michael Landy, by far the most animated of the three speakers, didn’t disappoint with another highly individual approach, using examples of his own art practice to touch upon the role of mythology in one-off art events. Landy traced his own fascination in ‘happenings’ and audience participation back to his experience viewing Jean Tinguely’s ‘anarchic’ kinetic art. Landy described his excitement in witnessing people’s laughter and enjoyment whilst interacting with, and occasionally manhandling Tinguely’s sculptures.

All three of the speakers touched upon the role of the archive. Documentation was of little interest in early ‘happenings’, which were once thought to exist only in the present moment. This, however, is where Lambie’s ‘The Poetry Club’ differs. The archive is a prominent feature of the project, recording the wide range of arts events on the venue’s website. As an open and varied examination. ‘Words, Objects, Actions, Art’ had no firm conclusions. However, if you are willing to engage, it seems as if ‘The Poetry Club’ offers a unique venue experience where music can feel like art again. 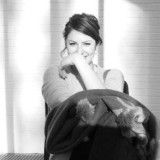