The system of higher education in the UK is breaking apart and, amidst the conflict and separation, it is failing its staff and students.

In the upcoming strike, the Universities and College Union (UCU) are attempting to defend academic staff against the threat of insecure pensions, wider job insecurity and maltreatment in poor working conditions. The strike, a ‘last resort’ after failed negotiations, positions staff in opposition with university governing bodies. This is while Peter Mathieson, the new Principal of the University of Edinburgh, receives a pay package of £410,000 as a lovely welcome to his job.

Students have a a right to be concerned. Though the university has announced that students will not be penalised for teaching time missed (both due to striking staff members and the choice to miss university in solidarity with UCU) the governing body is playing a dangerous game. The outcome of the strike and the pensions scandal rests in the hands of the top brass at all striking universities, meaning that they are gambling with students’ learning. With students being directly affected, we have been brought alongside staff into direct opposition to the heads of UK universities.

Further, students are being charged more than ever for a university education. For this, students can reasonably expect the best possible education from well-treated staff. Yet how is it that students are made to spend thousands upfront – or, more commonly, be resigned to a lifetime of debt – while staff suffer and the university elite get richer? It is for these reasons too that the university system is failing students.

The crooked system of higher education is an indictment of wider economic failings in the UK. Neoliberalism, the dominant ideology adopted in British politics since the 1980s, prioritises free market capitalism over the post-war consensus of government investment in the economy. In recent years, universities have been used as a political mechanism, a compromise, a cornerstone of a faltering neoliberal system. It is a system that led to the increase of tuition fees in 2011, and has now created an environment where the USS pension changes are tied directly to the stock market..

Neoliberalism is violent and dangerous. It failed the miners of the 1984-5 strikes, it failed society through the deregulated banking system that caused the financial crash, and it failed by allowing the rise of Brexit.

The neoliberal system of power and the centrist ideologies maintaining its place in politics have allowed for a toxic and unstable system in universities. The detachment of economic gain from political reasoning, a core development of neoliberal ideology, is evident in the pensions conflict, especially in The Student’s recent interview with Mathieson, during which he claimed that his salary – £342,000 – was non-negotiable, that he “was already taking a substantial pay cut.”

The impact of the neoliberal agenda is polarising British politics – so why is it continuing to dominate the higher education system? Why is free market capitalism having a direct role in systems of pay, creating a failing and increasingly unstable situation that no member of staff asked for?

Change is needed, but what can be done? In the long-term, Labour has put forward a plan of reform, starting with the abolishment of tuition fees, which have not bettered the system in any way. But in the short term, students can demand a better pension scheme for staff by writing to university heads and standing in solidarity with striking UCU members. 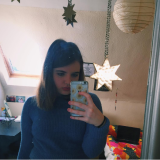 Caitlin is a 3rd year History and English Literature student, and a regular writer for The Student.

Senior staff pay is not determined by any kind of a market, free or otherwise.