The Student’s discovery this week that Edinburgh business Casa Morada had been advertising several six-month unpaid ‘internships’ may seem unsurprising to many. With every summer holiday, there is news of another company attempting to entice students with glossy-sounding internships that pay only in ‘experience’. Despite the fact that ‘experience’ doesn’t pay for food, alcohol or Netflix, it has become widely accepted that for people wishing to work in certain sectors, internships are inescapable, and often unpaid.

The increasing prevalence of unpaid internships is troubling for several reasons. The difficulty of getting a graduate job in competitive sectors means that many young people are forced to work for free indefinitely in the hope of being rewarded with a permanent contract. Many interns end up in serious debt, as living costs add to already hefty student loans. Although some eventually get a job, many end up back where they started, as companies are usually only able to offer a permanent position to a small proportion of interns.

Unpaid internships also damage social mobility by making certain professions more exclusive. By shutting out everyone who cannot afford to work for free – the majority of the population – businesses limit themselves to a narrow section of society. A survey by the European Youth Forum showed that 65 per cent of all interns had to rely on their parents for financial support. For those without this support, taking unpaid internships – often located in expensive cities such as London – is all but impossible.

Although internships like those offered by Casa Morada are clearly exploitative, the high level of youth unemployment means that companies can take advantage of the surplus of job seekers. Evidently, although it could be argued that students should not take unpaid internships out of principle, this in itself cannot effect change. In the current economic climate there will always be people willing to work for free: Casa Morada boasted that they had 150 applicants. However, although boycotting unpaid internships is unlikely to work, challenging them legally might be more effective.

This is because unpaid internships are not merely unfair; they are also potentially illegal. The minimum wage exists to ensure that workers receive adequate pay. There is no reason why interns should be exempt from this protection. Indeed, campaigning organisation Intern Aware argue that interns count legally as ‘workers’, and are therefore entitled to the minimum wage; statistics show that every intern who has taken their employer to court over lack of pay has won their case. However, many interns are unaware of their rights, and the lack of clear regulations allows companies to take advantage of this.

It is obvious that internships are being used by some businesses as a way to avoid paying the minimum wage. It is therefore essential that the government makes long-term unpaid internships explicitly illegal. Of course there are some situations, such as a student doing two weeks of work experience at a small business, that could still be advertised as unpaid voluntary placements. However, there needs to be a general understanding of what is deserving of pay. It is up to the government to take a clear stance on this, and to ensure that companies who violate the law are prosecuted.

The current situation, where companies can simply rename jobs ‘internships’ to avoid paying employees, is immoral and arguably illegal. The current system cannot continue – only by changing and enforcing the law can the government prevent young workers from being exploited. 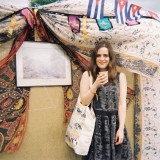 Emma is an English Literature student and a Comment Editor at The Student. Originally from Orkney, her interests include politics, music and mental health issues.