Principal and Vice-Chancellor Professor Peter Mathieson participated in a Q&A event on Wednesday afternoon to answer questions from the student body about the rest of the semester and the next academic year.

Mathieson, along with other senior managers, responded to the most popular themes that had arisen from over 130 questions submitted by students prior to the event.

The second half of the event involved senior staff members responding to the most liked questions that were asked by those watching during the live event.

Mathieson began by saying that he and the senior leaders were “extremely sorry” that the university experience had been so disrupted by the pandemic.

He stated that he felt the administration had done a lot of things right in their response to the coronavirus but had also done “a lot of things wrong.”

Beginning with the pre-submitted questions, the most popular subject centred around the topic of refunds of tuition fees.

“The first thing to say is that we do completely recognise that you feel that you have been disappointed by the university experience,” Mathieson said.

Mathieson explained the university’s decision against offering tuition fee refunds revolved around the difficulty in equally providing economic relief to all students due to the different categories.

In the live Q&A section of the event, Mathieson expanded upon this answer by explaining how the fee status of international students is fixed by certain characteristics, such as nationality, and how the fee categories are set.

With different students paying different fees, Mathieson emphasised that provision of support has been based on economic hardship.

However, it did not seem that such a program is currently in place.

Mathieson stated that the administration has got “considerably augmented options to try and make sure” they are supporting financially struggling students.

He later responded to the thought that the university had saved money during the pandemic, therefore entitling students to economic relief.

It was not the case that the university had saved money but had instead lost money due to the pandemic, Mathieson said.

He cited money spent on making the campus safe for restriction guidelines, mitigating the loss of the student experience and providing high quality learning platforms as reasons for this loss.

He stated that the university’s finances were under pressure, due to these extra costs and the loss of revenue from accommodation, as students were able to be released early from their contracts.

The topic of tuition fee refunds was widely asked by students during the live questions portion of the event.

Many of the questions raised by students during the event concerned charging students the same amount while teaching remained online.

One question described backlash that a student had received from individuals within the university when they had raised concerns about learning outcomes not being met.

The next question involved hybrid teaching, the lack of in-person teaching and maintaining standard of education.

Professor Colm Harmon, Vice-Principal Students, answered that he wanted to hear from students about their experiences and emphasised the importance of relaying feedback to subject schools.

Harmon remained confident in the decision to allow subject schools to design how they deliver online teaching.

While he agreed that the standard of teaching could not be comparable to previous years, Harmon stated that what remains unchanged is the commitment the schools made to delivering on their learning outcomes.

The third question asked about the university’s plans to support students who planned to return to Edinburgh but could not afford the fees associated with mandatory quarantine.

Gavin Douglas, Deputy Secretary of Student Experience, highlighted the Coronavirus Discretionary Fund, which can be used by students who cannot afford the quarantine process.

Students need to demonstrate financial hardship and that travel to Edinburgh is required.

Gavin McLachlan, Vice-Principal and Chief Information Officer, and Librarian to the University, answered the question about the university’s actions in supporting students’ studying and assessment mitigation.

McLachlan outlined the actions undertaken by the Library to support students, such as the Scan & Deliver, Click & Collect and SeatEd initiatives.

In terms of support for students writing dissertations, McLachlan referred to the Dissertation Festival, running from the 1st-8th March, one-to-one sessions with Academic Support Librarians and Libsmart online courses, all of which provide support for dissertation students.

The issue of assessment mitigation was addressed by Douglas who stated that in navigating the pandemic’s impact on studies, the administration has focused on minimizing the impact on students while maintaining academic standards.

Douglas referred to the extended Special Circumstances and Extensions process, which now does not require formal evidence and the range of allowed circumstances has been expanded to include COVID-19 related situations.

The range of allowed circumstances has been expanded to include COVID-19 related situations.

Undergraduates and postgraduates who fail up to 40 credits will still be able to progress with their degree and an extension to classification borderlines has been implemented.

In previous years, the margin between classes of degrees was 2 per cent, which has been raised to 3 per cent.

He stated that it was “impossible” to plan for summer ceremonies due to the lack of time for planning and little certainty that the event could go forward.

He explained that due to the 2-metre social distancing restrictions, McEwan Hall would only be able to hold 140 people.

He described the university’s commitment to a future celebration, but further details on the nature of this event were not provided.

Answering a live question from a student, Douglas reiterated the impossibility of summer graduations as the “window of opportunity to plan for them will be too tight.”

“There is no certainty at all that it will be sufficiently safe, that the 2-metre social distancing will be relaxed by July.

“So we will not be running the summer graduations.”

In terms of the Winter 2021 graduation ceremonies, Mathieson said that the decision to hold in-person ceremonies in November will be revisited.

However, he said it was too soon to give a definitive answer.

Douglas stated that the administration was committed to revisiting the question of winter graduations.

In response to how the university has supported students during the pandemic, Douglas explained the checking-in system for those students self-isolating in private and student accommodation.

Andy Shanks, Director of Student Wellbeing, explained that the Student Counselling Service is in the process of hiring five more counsellors, three of whom are from a BAME background.

Shanks stated that three-fourths of referrals to the counselling service are able to book an appointment within two weeks.

The first half of the event focused on the quality of an online degree and the likelihood of a return to in-person teaching.

Professor Harmon stated that students will not see in-person teaching before the end of the semester.

A return to normality and campus activity is contingent on Edinburgh moving back to Tier 3 or below.

Mathieson was keen to stress the quality of an Edinburgh degree, despite disruptions.

Due to maintenance of academic standards, he conveyed his confidence in the respect of an Edinburgh degree globally and the fact that all students have been impacted in a similar manner.

The focus then switched to the most liked questions that had been asked by students during the event.

Mathieson replied that his salary is set by a committee comprised of the governing body of the university which includes staff and student representation.

The Principal had previously taken a 20 per cent cut for 6 months and the rest of the senior staff took a 10 per cent cut, all of which was voluntary.

That period ended, resulting in his salary returning to its normal amount.

He concluded by stating that those who disagreed with his salary could communicate their concern to the remuneration committee.

Reflecting the frustrated tone of many of the live questions, Mathieson read out a question in which the student asked why international students were paying high fees for a “trash, online, postgraduate-taught degree.”

Another student questioned the quality of watching a video of a lab compared to the results delivered from doing the practical in-person.

Harmon responded that while this is different, STEM teaching stuff had planned to return to normal teaching practices in the second semester, leading to limited options for teaching.

He maintained that the content being conveyed should be the same but agreed that this style of teaching will create a different experience for students.

In response to a query about the closure of facilities such as 40 George Square and the Law Library, government guidelines including two-metre social distancing restrictions and student and staff safety were given as the primary reasons.

The conversation then turned to the experience of postgraduate students.

Mathieson stated that there was a possibility later in the academic year for restrictions to improve which might provide catch-up opportunities for postgraduate students.

“We do believe that your degree will still be an enormously valuable and respected asset for you, even though it was obtained in very difficult circumstances.”

One of the final questions described the apparent frustrated tone of the Q&A session and how this might reflect the general feeling of the student body towards the university.

“Everybody who is associated with the University of Edinburgh in any role absolutely believes in the importance in delivering the mission of the best possible student and staff experience, even in the most challenging external circumstances.” Mathieson stated.

“We have been seriously constrained by external events this year to do that but we do feel that we have made the best efforts that we could and we continue to learn so that we can get things better and in even more successful in the future.”

Next week, a similar event is being held for parents of students and supporters of the University of Edinburgh. 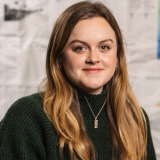