Flatmates, overbearing parents and dating – Maria Shehata attempts to tackle the struggles many young women face in her 45-minute set. The unique feature of Shehata’s set is her ability to interweave her unique experience as a Coptic Christian Egyptian-American, but at the same time, relate to her audience. While straying away from politics, Shehata offers an interesting perspective about her life as an Egyptian-American and the expectations that come with it in terms of her career choice and love life.

The comedic act, in a small room in the Tolbooth market, begins with a rocky start as Shehata tries to connect with the audience. The lacklustre response from the audience appears to frazzle her, and makes for an awkward introduction to the set.

Once Shehata warms up, however, she is at ease on stage, recounting tales of her move to the UK from LA to live with a man she was in a long-distance relationship with (spoiler: it doesn’t pan out). She subsequently delves into the difficulties she faces living with flatmates, drawing parallels with her dating life, which brings out laughter from the crowd. Her stories about using spareroom.com and meeting strange and intense housemates are unfortunately relatable to many millennials in the audience.

She recounts how her parents continue to keep tabs on her by calling her every day at 1pm to check if she is alive. She illustrates this by having her cell phone ring every 10 minutes during the set, which adds to the comedic experience. Her set ends on a sombre note as she recounts how she once told her father off for being overbearing and realised how much she needed to keep in touch with her family. She now calls them at 1pm every day.

Shehata’s Hero focuses primarily on her life experience, which works very well for the warmth and charisma she emanates. The show comes together in an appealing narrative that has the audience engaged and in laughter throughout. Ultimately, Hero is about finding strength in yourself- to be the hero in your own life – in a light-hearted, comedic manner.

Tickets can be found here 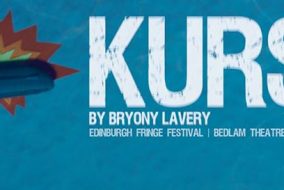 The Road That Wasn’t There